I lay on my back, trying not to move. He gets on top, using all his weight he pries apart my legs with his bony knees. Aiding himself as he enters me half erect, I keep my eyes closed and turn away. I want to bury my face in a pillow or say “no” but am frozen in mute fear of facing violence. He is fifteen years older and I feel vulnerable.

This morning I wanted to be touched by Jan-Bart, but I wasn’t ready. During the day he became distant and seemed upset. I wasn’t quite sure what had caused this, but figured it must have been my fault. I remained pleasant and upbeat, deciding I did not feel comfortable sleeping with him today. After missing the last train home I agreed to spend the night and he promised me he didn’t expect anything. He scolded me for wearing clothes to bed — the most obvious message I could send without words. Embarrassed, I quietly undressed with my back to him and turned the lights off.

After several minutes of thrusting he comes without protection, never knowing if I was using birth control. He rolls off without a word and I turn away in silence, his fluids running down my thighs. At 19 it’s the first time I feel this and it’s revolting. I wipe with his sheets, feeling upset and hurt, but also, somehow, responsible for not making it more fun for him.

The next morning he doesn’t speak to me, and as I have nothing to say myself, we breakfast in complete silence. He says he’ll drop me off at the train station. I would have appreciated the nice suit he wears to work, but I feel more repulsed than attracted anymore.

On the train I still think we will see each other again, last night just being a silly result of miscommunication and my own behavior. We should be able to get over that and have a more pleasant connection next time. After a few days I email him, saying I had less than a wonderful time and “I also didn’t feel a good physical connection between us,” not blaming anyone but expressing some degree of discomfort about what happened.

He never wrote back. Perhaps it was clearer to him what had happened than it would be to me for another six years, when I finally acknowledged I was date raped and that it wasn’t my fault. For two years I wanted nothing to do with men. Ten years later, I’m finally comfortable writing this down and sharing. 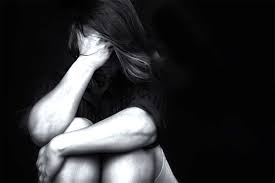