Wild animals are only wild until you present them to people. Somehow the most violent, contradictory and selfish species (humans) have a very calming effect on animals. Pumas, or mountain lions, can learn to hunt again after domestication, but they will always be comfortable around people. And when a farmer sees a 3-meter carnivore walking in his general direction, he’s going to shoot it.
In October of 2013 I decide to volunteer for a month at Jacj Cuisi, a 1.8 million-hectare reserve in NP Madidi, just outside of Rurrenabaque in the sticky Bolivian jungle — the southwestern edge of the Amazon rainforest. This is where pumas that were saved from illegal smuggling, fur farms or domestication are kept in ‘retirement’. They get a large cage in the forest and are walked on a leash for 5 miles by two trained people – one in front, one in the back. They eat red meat and get medicine when they need it. It’s the most humane existence for a domesticated puma. 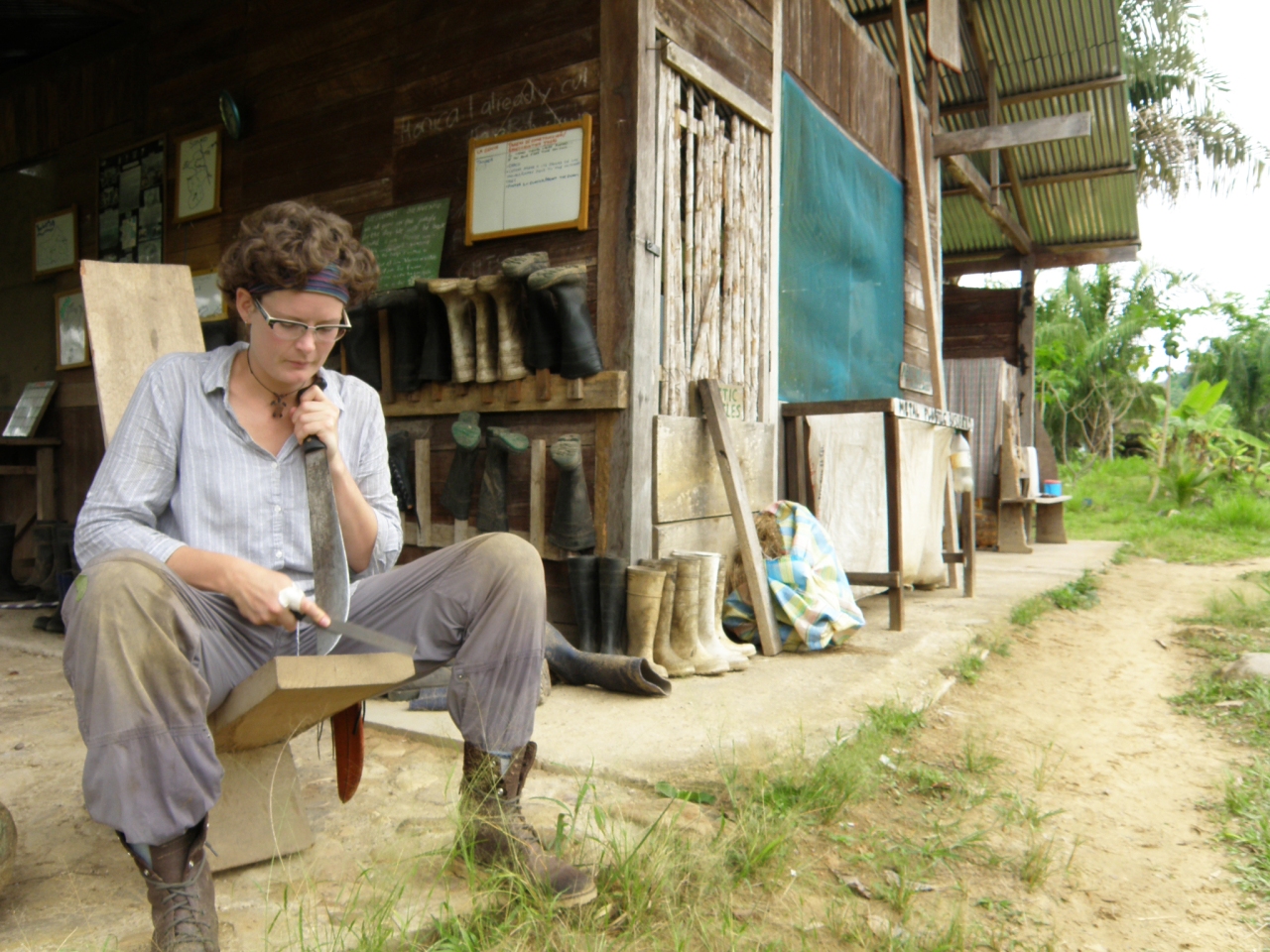 Pet me if you dare
I didn’t get to walk the cats, but I did meet one up close. Simba was the kindest of the three cats at this facility and the camp boss took me to its enclosure one day, when we were out doing trail maintenance.
At knee height there is a 15cm hole in the fence. She squats down by it and says, “Stick your arm through the fence” as if it’s the most normal thing in the world. Tentatively but excited I do as she says. She calls, and out of the thick jungle, emerges a massive bulk of muscle and teeth and fir and claws, and it is coming straight at me. My eyes meet his eyes and I feel locked in its stare, his head never moves as he keenly approaches. “Whatever you do, don’t pull your arm back”. Funny, I was just thinking about pulling my arm back. “He will bite you if you do, because he will think you’re prey.” Jolly good. I nearly close my eyes as Simba goes into a strut. His nose hovers over my hand only for a fraction, and as I imagine what life will be like with one limb missing, he simply tilts his head, brushes up against my fingers, and runs the full length of his body up against my arm. I follow it all the way to the tip of his heavy tail. Simba closes his eyes for a moment, then turns 180 degrees and comes back to do the same with his other side.
Suddenly Simba is just a very large house cat. I feel exuberant and let out a nervous laugh. Simba turns to lick my forearm, and it feels like someone rubbing sandpaper on my skin. So that’s why Karen has sores all over her arms – she’ll switch spots to have licked, from her wrist all the way up to her shoulders. There are sores everywhere, on each arm. Puma cat, puma cat
Does whatever a puma cat does
Walks the woods, eats his meat
Sleeps a lot, puma cat

Bastard claw
At the end of my third week one volunteer left, leaving us understaffed. The next afternoon, Karen decides to walk one of the cats by herself. At 11:30 we regroup for lunch, but by noon there is still no sign of Karen. We eat and deliberate and agree to go look for her at 14:00. David and I set off down the trail toward the cage. We’re calling for her and blowing our whistles. After 40 minutes we hear a distant call. It’s agitated, and brief, and as we get closer, Karen sounds completely pissed off. She comes storming down the trail “What the hell are you doing!” So we explain ourselves and she insists we should not have done what we did. That she’s fine and can take care of herself. That we should trust her to be OK. It’s somewhat offensive when you make the effort of planning a search party for someone you care about, only to be met with a steaming tantrum.

So after a talk that was supposed to calm tensions down, but never really did, we go to bed. Three days go by before Karen comes to see me one night. “You know first aid, right?”
“Yeah, a bit” I say.
She beckons me to come into her office, where she gently takes off her long-sleeve shirt to reveal a bandage around her left elbow. The puma had jumped up against her and its bastard claw had become stuck in her arm against the elbow’s outer ligament. It had clawed out a half-circle under the skin before she was able to pull it out. The hole is quite small, but the underlying damage is severe. Her arm is about twice as thick as the other one and white with pressure. “I need your help with this. Don’t tell anyone about it. Just do as I say each morning and afternoon.” I begin by examining her arm and determine it is badly infected. Jungle infections are notoriously nasty — everything is moist and full of fungi or bacteria of sorts, and most infections get much worse before getting any better.
Each morning and evening I squeeze about a half cup of pus out of her arm. She takes the pain, steal-faced, sometimes with tears in her staring eyes, always smoking a cigarette. I then make an iodine solution and blow it up the hole in her arm with a needle-less syringe. It takes me only one time to learn that, as soon as I pull the syringe out, a jet stream of iodine comes flying out again. So I step away each time now. I squeeze the arm some more, and put a firm clean bandage on it with antiseptic cream. I do this for about 5 days until we get to go into town and a doctor can look at it.

She never acknowledged the danger she was in, and only grudgingly asked for basic help. It was almost as if the suffering lathered her ego. Or perhaps she felt she deserved the pain. I realize where are some troubled people at these remote volunteer stations. The ones that prefer animals over humans and want to be far, far away from society. 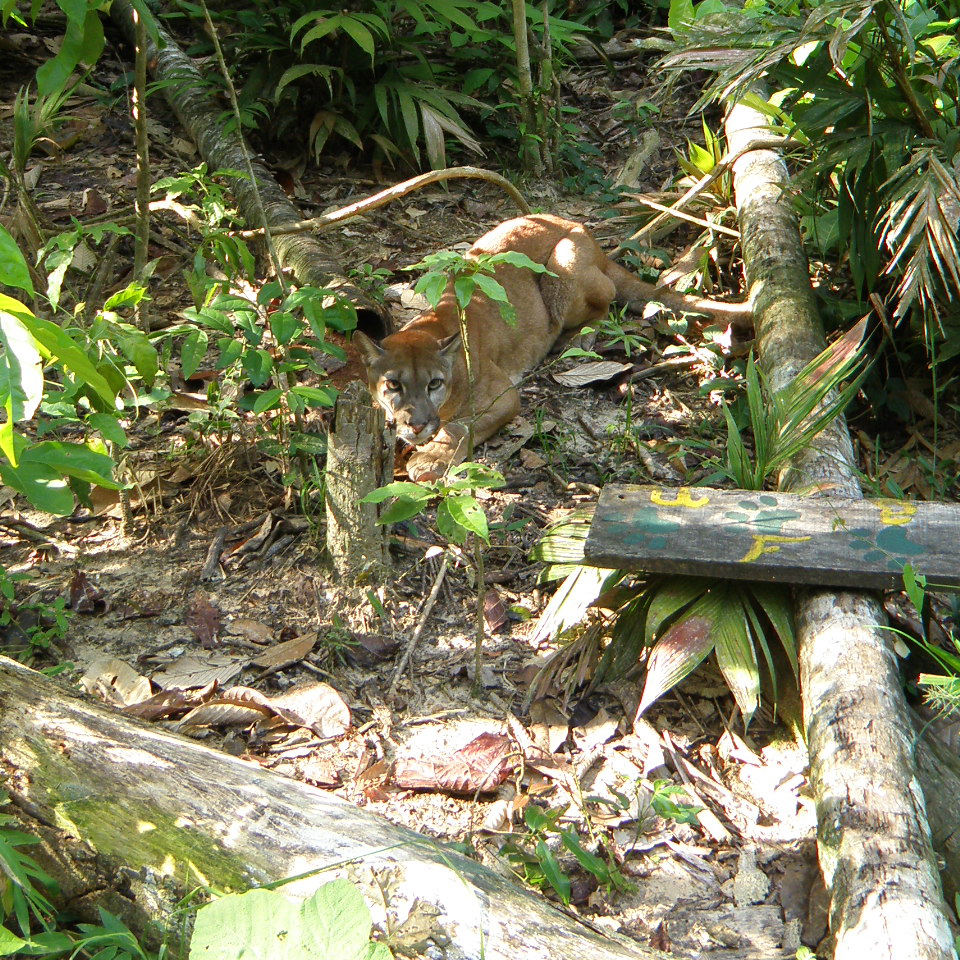