From Dublin to the Dingle and Iveragh Peninsula

The hardest part of driving on the left with a wheel on the right, is finding your position in a lane. My reference to the center of the road is from the left side of the car, but I am now on the other side causing me to drive too far to the left. Roundabouts are abundant and go clockwise. After Limerick the road passes through towns and it’s a Saturday so the crowds are mad. Speed changes all the time and once I had to overtake a bus, which is truly unavoidable in Ireland.  My sister the cool codriver did mention that I had surely failed the Dutch driving test by now. 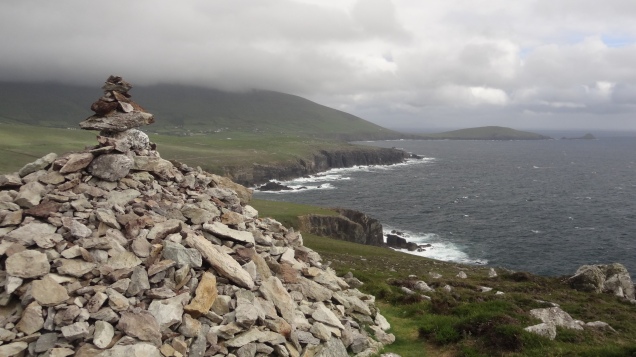 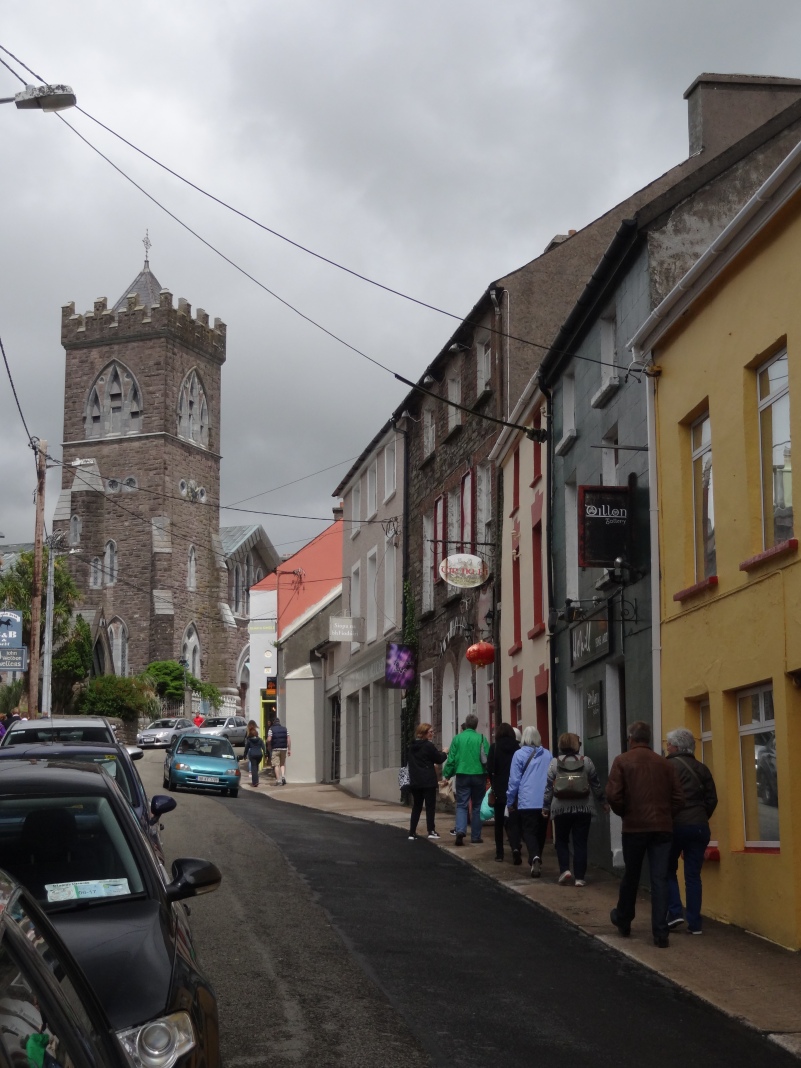 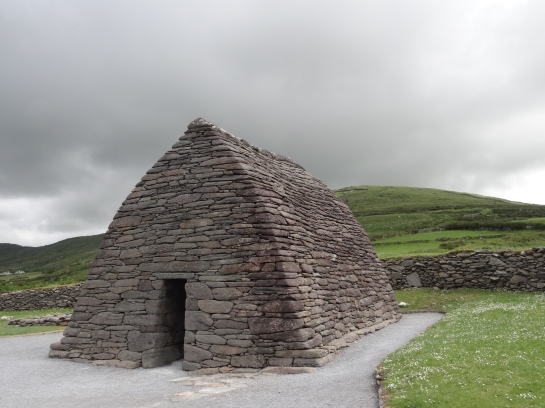 After Tralee roads are bordered by those old stone walls called ‘penny walls’ or ‘famine walls’ and give about a foot between cars passing. It takes a few days to get comfortable with such close traffic, especially coming from a remote corner of the American west.  After two disoriented loops through Dingle town the road opened into scenic rural Ireland, with no traffic, blind curves, waves bashing on cliffs and a one-lane road. It is called the Slea Head Drive. When reaching our destination of Ballyferriter I was very tired by the drive, but spending a few hours with our remote Irish family over a ‘cop of tee’ calmed me down.

After a couple of days I got used to driving on the left, but when getting back on the road after a pause I’d easily pick the right lane when no other traffic is seen. This is when my sister would calmly comment “Drive on the left you know.”

We continued to Ballinskelligs Bay on the Iveragh Peninsula by way of the little used Ballaghisheen pass. This is a recommendable alternative to staying on the main (read: crowded with tour buses) N70 road. Sure, you miss some of the coastline, which is beautiful, but after four days on the coast around Dun Chaoin (Dunquin) the endless greenery was a welcome change. 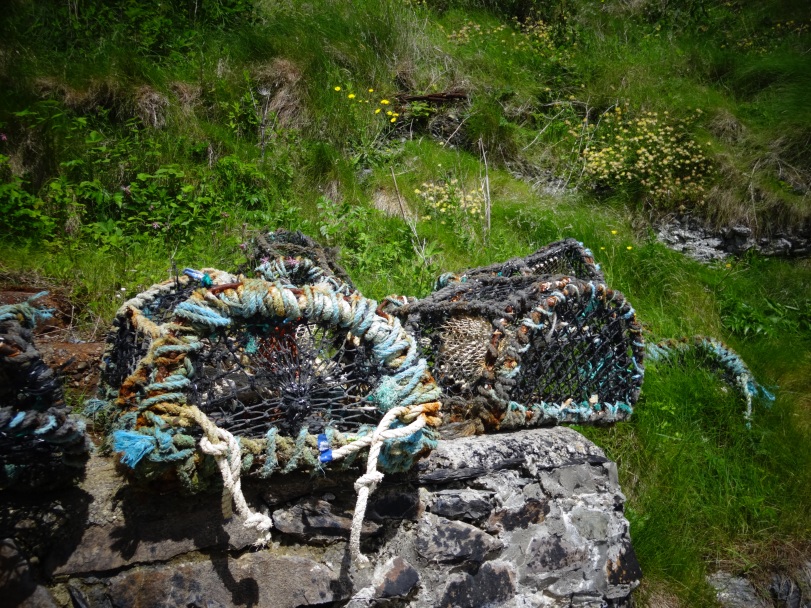 Puffin Island and Skellig Michael in the Background 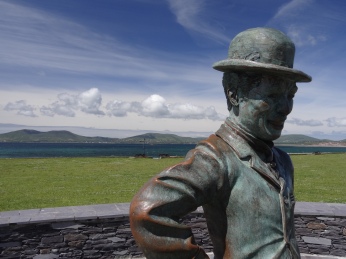 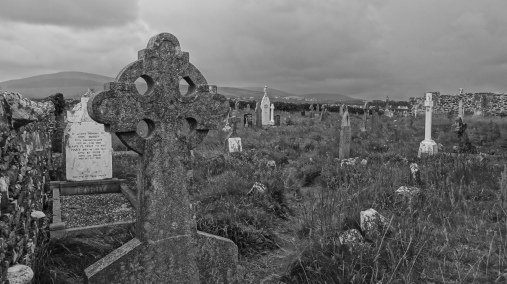 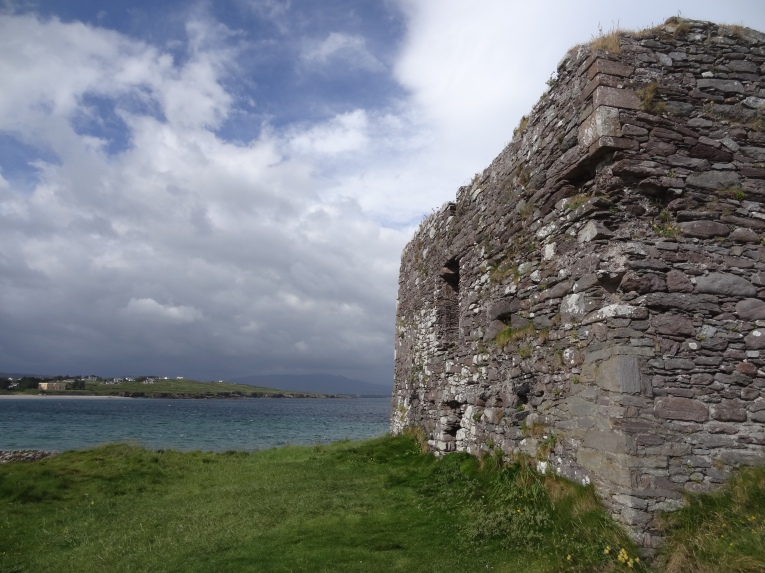 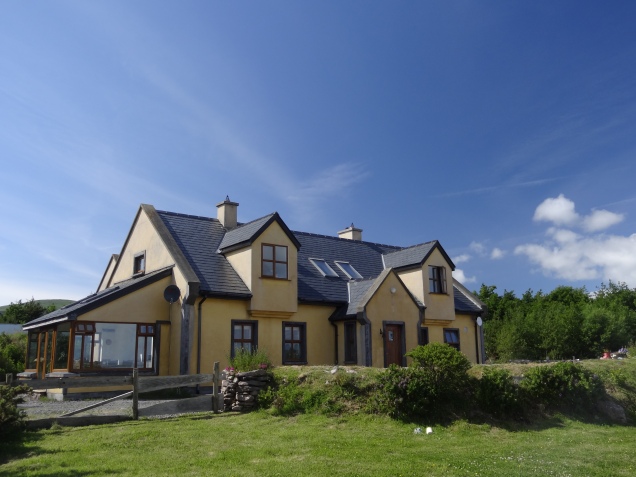 After a week I consider it quite an achievement that both side mirrors are still intact. I keep the speed of local traffic but stand out as a tourist on one-lane mountain passes where I can’t predict the next turn or I hesitate in anticipation of an oncoming tour bus. Curves and drop-offs make it some hairy stuff, especially because I tend to take left curves more roomy than right curves, but even that needs to be reversed. So when you see a sign telling you the maximum speed is 80 or 100 km p/h it’s more of a dare than a warning. Another sign, right before a blind hairpin turn over a creek dryly advises “Warning oncoming traffic in the middle of the road.”

Each time we ask directions, the answer invariably involves a pub. Even in the most rural countryside “Turn around, go right and on the left you’ll see Brick’s Pub; take the turn right after.” We frequented those pubs in Ireland’s countryside, mainly because there was nowhere else to get any food! Typically, the laughter is loud and the service terrible.

Thing about Ireland is, well, it rains a lot. So besides walking gorgeous empty beaches we drove some amazing roads, met interesting people, wandered around ancient ruins all by ourselves or relaxed with tea, biscuits and a book.  Sisters reunited from two continents. Linda, I will miss you again!

Linda Atop the Ruin at Ballinskelligs I Planted These Seeds a Year Ago and Now… 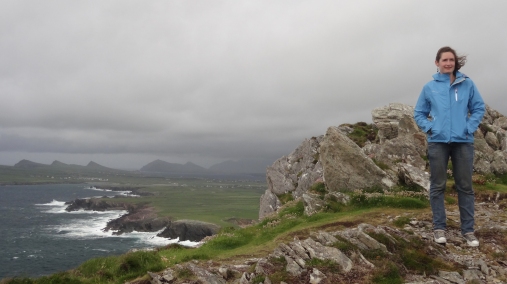 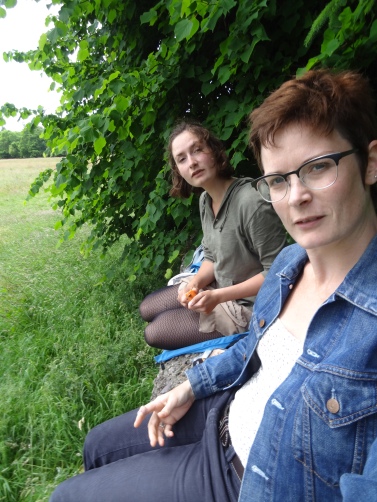 We Have Someting to Say… 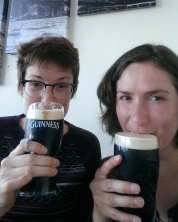