One weekend in North Idaho

Friday
Get up early and meet a small group of volunteers to work on a realignment project of Scotchman Peak trail No. 65. This is one of the most popular and ambitious hikes in the area and quite steep. We’re making new switchbacks so it will be a little easier and part of the old trail will be decommissioned when we finish in late September. We worked hard (I built a switchback) but not very long, because thunderstorms broke out around us and protocol made us turn back.

With one free afternoon and lunch already packed, I decided to explore 45 miles of dirt roads in a heavily forested area nearby. There’s almost no one ever there. Probably because the roads don’t go anywhere. Here I found a hidden huckleberry patch and picked for about an hour. I enjoyed the views, saw deer and exciting birds and found several nice wild camping spots.

At night I met David at a friends’ rural property to camp for the night. Heavy rain storms with impressive lightning came and went until it cleared up for a gorgeous sunset. 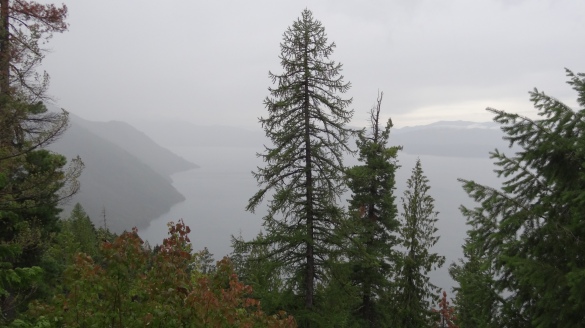 View on the Green Monarchs 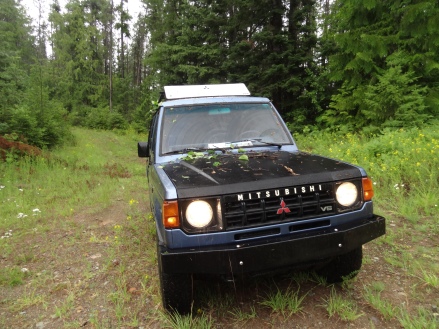 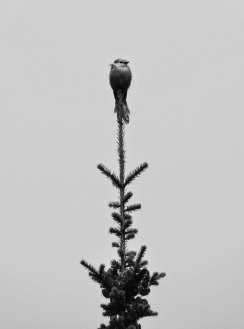 Gray Jay
Saturday
We got picked up by our friend Cary at 7am and were the first at the Scotchman peak trailhead. At 7,009 ft. (2136 m.) this is the highest peak in the Cabinet Mountains. We decided to use the new trail still in progress and dillydallied picking berries, enjoying the spectacular views of the Clark Fork delta. The fog was thick at the summit so we lunched and took a nap just below the peak. Mountain goats came up, persistently curious of anything containing salt. After an hour’s rest we climbed the last 15 minutes and the clouds parted, offering a memorable view all around of the Cabinet Mountains, Lake Pend Oreille and the Clark River valley.

There was no wind at the summit so we hung out for an hour until we got bored with the views and the mountain goats. Back in Clark Fork we had BBQ steak at a roadside grill, sitting at a plastic table as countryside life passed by, forced to use our pocketknives to cut that steak. 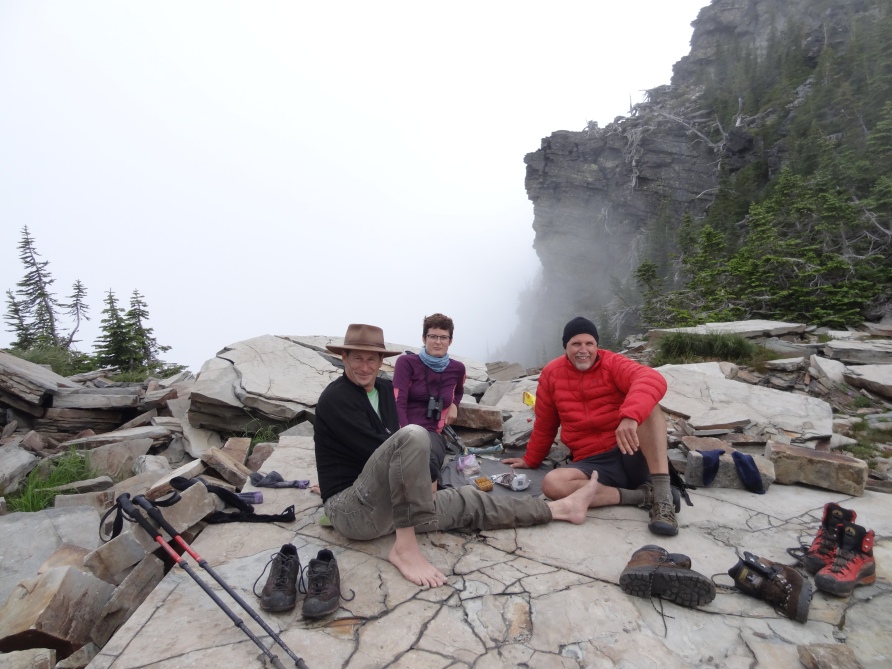 Me and the boys 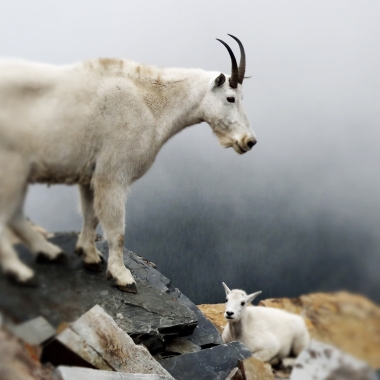 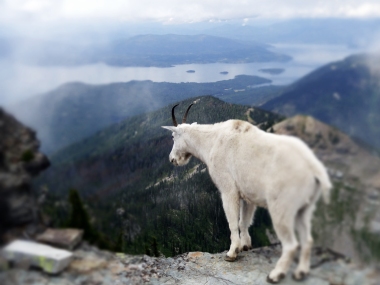 Looking out over lake Pend Oreille 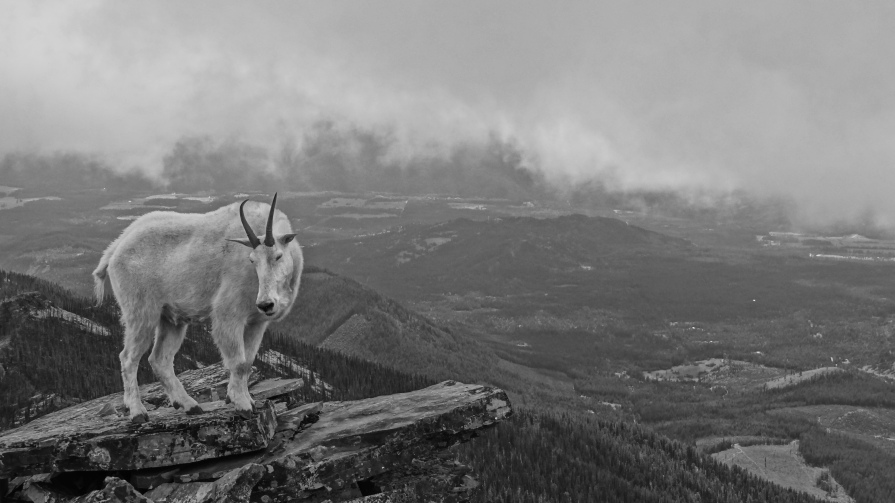 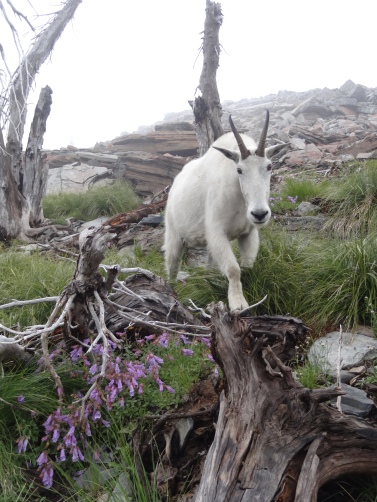 We packed up our tent and drove to a camping spot I’d found in the Coeur d’Alene Mountains from where we could see the monster we just climbed. On our way a male moose took a good stare at us, and while we were setting up our tent on a hidden meadow, a Bald Eagle (American Eagle) flew casually overhead. As the sun set over our dead-silent camp we made a strong fire and rewarded our efforts with several beers. Life doesn’t get much better than this.

Sunday
Having said that, the next morning I read about Theodore Roosevelt in my hammock and found another gem of a huckleberry patch. Coffee, shortbread and fresh ‘hucks’. 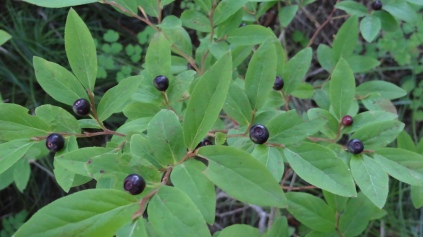 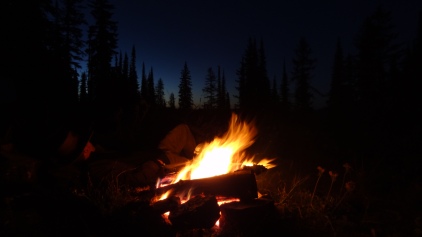 Time to go home and meet friends for a mellow kayak paddle up Sand Creek in Sandpoint, followed by locally made ice cream and reading on City Beach until I fall asleep while the trains rhythmically clatter past.

One weekend in North Idaho.